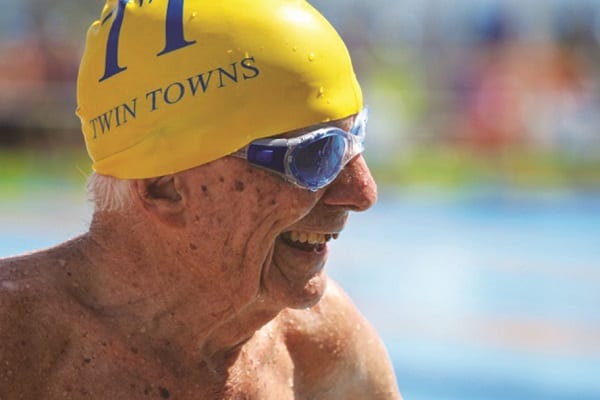 We may witness another cap-wearing hero in 90 year old James Short from southern Sydney when he visits Galston Aquatic Centre for the Hills AUSSI Masters Swim meet on 6 May. James turned 90 in March and is attempting to set a State Record swimming the 1500metre freestyle. Yes, you are reading this correctly – 1500 metres at 90 years young. James is attempting to set this record in the Masters 90 – 94 age group. The fact that there is no current record for this age group is testament to the difficulty of a swimmer achieving this feat. It will be a first for a NSW Masters swimmer of this age.

Hills Masters is hosting an interclub long distance meet at Galston Aquatic Centre which will attract swimmers from all over the ACT/NSW Branch and possibly from other states. So come along on Sunday 6 May to Galston Aquatic Centre where all are welcome to watch this amazing swimmer and all of the other masters swimmers ranging from 18 years to James at 90, at all ability levels.

In our next issue we hope to have a picture of James celebrating his record breaking swim.