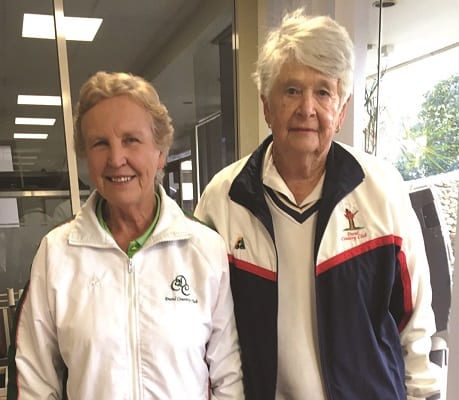 Dural bowlers recently played in a new event for the club, TROPHY DAYS, which as the name implies was played over two days and all present on those days, played. It was not a chance for the best players to gather together and have a strong team. The individual players were graded for positions and then teams were drawn from a hat so that generally they were well-mixed teams. Of course cream always rises but only if it has support. The exciting result when the individual points were added had two top bowlers, Leone Lesslie and Robin Davidson First and Third respectively with an excited Ann Wilson SECOND! Ann had only been playing about six weeks but obviously put in some good bowls on the two days. Well done to all the players, some of whom rarely play in competitions.

The Minor Singles competition has been won by Ruth Keene who defeated Christine Fitzgerald. Ruth is a consistently good bowler and Christine who has only been playing two years, has had early successes, so the pair has a great future ahead. As usual when a final is on, the social bowls suffers as the players are often keeping an eye on the big game.

Four teams from Dural are playing in a competition based at Castle Hill on Saturday mornings which allows for the women who are unavailable during the week to have some competition matches.