Three Men and Some Lawn Bowls 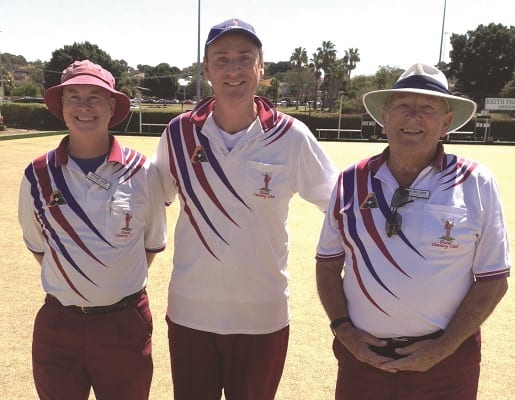 Dural bowlers have won another Zone final, this time the triples. Richard Thorp, Chris Williams and Ben Nahirney had to win four rounds. The final against Greenlees Park was a very close, seesawing game but the Dural Boys dug deep and clawed back the lead to run out clear winners. They have earned their success as they can often be found practising at Dural and it must have carried on to the unfamiliar greens.

Richard and Ben have already advanced to the state playoffs in the Pairs so it will be an exciting time for them to be in two events. The whole Dural club will be enjoying their success and wishing them luck in October, as it is a while since they had state finalists.