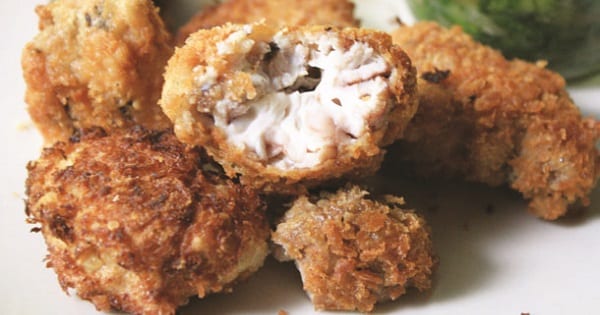 With the relaxation of the lock down laws I’m sure many of us are looking forward to seeing family and friends for the first time in a while. Even though we will still be social distancing, it may be a time when home dining will be having a revival. This led my mind to muse on the continuously evolving nature of what and how we eat.

Looking at a 1960 copy of The Commonsense Cookery Book compiled by The Public School Cookery Teacher’s Association of New South Wales, it is astonishing to see how much our diets have changed. In the publication, there are no fewer than five recipes for brains. Now, I do remember eating brains in the 1980s at a restaurant, and recently saw them on a menu at a French Restaurant. But I would never consider preparing them at home. But, in 1960, brains were used in recipes such as a sandwich filing (brain and nut sandwiches), brain cakes and fricasseed brains (in the “Convalescent’s and Children’s Cookery Chapter) as well as scalloped brains and brains and bacon.

These days we usually eat breakfast, lunch and dinner with a light snack in between. Western lunch or dinner are often served as entrée, main course, dessert format especially if dining out. Multi-course degustation meals have become popular at fine dining restaurants. But was this always so? Let’s take a look at a potted history of Western dining.

The Italian city states of the fifteenth century are credited with the move away from medieval banquets of meat to more delicate meals of pasta, mushrooms, garlic and truffles. Rather than ripping meat of the roasted carcass eating utensils were introduced.

France was introduced to this new Italian style of eating when Catherine de Medici (1519-1589) married the Duc d’Orleans (1519-1559) who was to become Henri II of France and in 1553 brought fifty Florentine chefs, waiters and household advisers with her to France.

The first of the great chefs of France to be recognised was Francois Pierre de La Varenne (1615-1678) who published a highly influential book: Le Cuisine Francois (The French Cuisine) in 1651. La Varenne emphasised the use of mushrooms and butter to enhance the flavour of a meal and natural meat juices, vinegar and lemon as sauces. La Varenne worked as a chef in several noble households of France and was greatly admired by King Louis XIV (1638-1715).

The French continued to develop their expertise in the culinary arts. However, when the French Revolution (1789) took place thousands of chefs who worked for the aristocracy were out of work. With a burgeoning middle class, a perfect environment for a restaurant industry was created. It is estimated that in 1789 there were 100 restaurants in Paris, and that by 1804 there were between 500 and 600.

The 1800s saw a decline in French cuisine and many of the best chefs went to Britain, thereby popularising French cuisine abroad. Instrumental in introducing the concept of French haute cuisine to England, Europe and America were chefs Alexis Soyer (1810-1858) and Georges Auguste Escoffier (1846- 1935) and Swiss-born hotelier Cesar Ritz (1850-1918).

In 1860, Felix Urbain-Dubois (1818-1901) introduced the Russian table service to France. The Russian service of food mirrors more what we would recognise today: dividing the meal into a series of courses – each course being presented only when the previous course had been consumed and the plates removed. Until then, all the courses were put on the table at the same time.

Australia was not immune to the domination of French cuisine. The first licensed hotel in Australia established in 1796 at Parramatta was staffed by a French chef who was shipped to Australia with the First Fleet and was renowned for its excellent food.

The cuisine enjoyed in Australia today draws on our multi-cultural diversity and simplicity of flavours and ingredients, as well as reflecting our lifestyles and climate. There is a considerable difference in what we eat and the way we eat today compared with that slim Commonsense Cookery Book of nearly 60 years ago. The Commonsense Cookery Book celebrated its centenary of publication in 2014. I wonder how many recipes for brains it contains?

Recipe for Brain Cakes – because I know you are all wanting to try them.

Method:
1. Wash brains and remove skin
2. Put them into a saucepan with the onion, sage leaf and a little salt
3. Cover with cold water
4. Bring slowly to simmering point and cook slowly for 6 minutes
5. Drain off the water and allow the brains to cool
6. Cut brains into ½ inch pieces
7. Add flour, cook 1 or 2 minutes without browning
8. Add the milk all at once, stir until it boils and thickens
9. Stir in the salt, cayenne, grated nutmeg and chopped brains
10. Turn out on a plate to cool
11. When cold form the brain mixture into small round shapes in a little flour, pepper and salt
12. Dip them in the egg binding and then in the breadcrumbs making them firm with a knife
13. Wet fry a few minutes
14. Drain on white paper
15. Serve on a paper doily on a hot plate, garnish with small sprigs of parsley