The two brigades were originally combined as one under the name of Hornsby Shire Volunteer Bush Fire Brigade. On the 23rd April 1941 the first Captain, President, Lieutenants, and other office bearers were elected to the brigade. 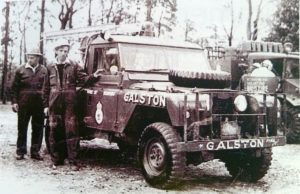 The brigade’s original gear only consisted of thirty 30gallon water drums, and a number of volunteered motor trucks on standby to cart the drums.

With World War II raging, equipment was in short supply and, although a 2-inch water main hydrant had been procured, there was no hose available.

One of our original members visited two city fire stations and succeeded in begging for a piece of leaky, condemned hose for the Brigade. Despite the limited gear – within a few days of its beginning, the new brigade‘s services were already being called upon.

The Brigade quickly became well established and operated in an effective manner. It was not until 1963 that the council agreed to erect a shed to house the brigade’s truck. The current building stands in the exact spot of that original shed. 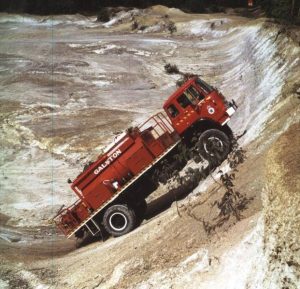 Some of our life members share what the brigade has meant to them over the years: 80th anniversary

“It’s always been a very close-knit group; people look out for each other.” – David Stockman, Fire Fighter and Honorary Life Member.

“The brigade is sort of a community family. It brings you close to the basics of the community and serving the community in such a great way.” – Colin Manton, Retired Group Captain.

“The Brigade has been a seminal part of my life. I’ve made a very large number of friends, it’s allowed me to join in many community activities and it’s helped me in my career; so I’m a great advocate of the RFS family. 80th anniversary 80th anniversary

I tell people, when you join the RFS you inherit another family, and that’s quite unique; you get people who care about you, who are concerned about you and you have a much broader view of the world. It’s been one of the best decisions I ever made.” – Bill Lea, Group Captain & member of the Rural Fire Service since 1979