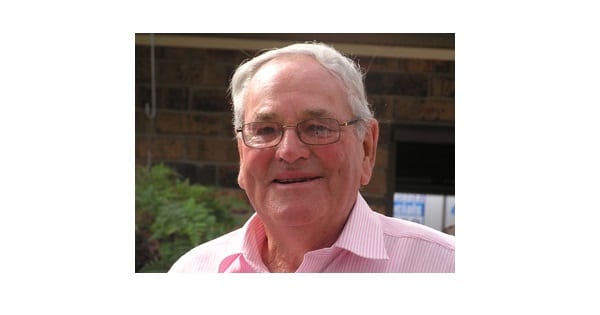 It is with sadness we advise that Ben Swane OAM passed away on Wednesday, 15 January, 2020.

Ben Swane worked in the nursery industry for over 50 years. He was renowned as an industry leader. Not only did he introduce new technology and develop best practice growing facilities; he also worked to advance the professionalism of the industry as a whole and have it recognised in the wider community. He gladly assisted less experienced industry members and supported community organisations for many years.

Ben was born on 17 November, 1927. Like his four siblings,Valerie, Josie, Elwyn and Geoff, he was born at Willowmere, the family home in Ermington, where they were surrounded by nurseries and orchards.

He was educated at Newington and began work at Swanes, the family nursery on 27 November, 1944. Being a nurseryman was all Ben ever wanted to do.

At the time of his commencement in the family business, the nursery was operating at two locations, Ermington and Rydalmere. Ben studied at Sydney Technical College and received the horticulture certificate in 1947. Whilst he was studying three nights a week, he was also working six days a week in the nursery, as well as some nights.

In 1958, Ben and his siblings became shareholders of Swane Bros. Pty Ltd with their father, Ted Swane, who continued to manage the business for some time. In 1965, Ben was responsible for planning and constructing a new nursery at Dural. Here in co-operation with Valerie, Ben established Swanes as a leading Australian nursery, well known in world horticulture and respected for high quality plants produced in nursery growing facilities utilising the best technology of the time.

Ben shared his practical skills with hundreds of staff many of whom have become industry leaders owning their own businesses in the nursery industry or the wider horticultural sphere.

Ben served on both the state and national Nursery Associations and was a founding member of the International Plant Propagator’s Society in Australia. He held numerous other positions in key industry organisations and committees.

He was a Life Member of the NGINA.

“Ben is a great of the nursery industry, a true plantsman, honoured family member and sharer of his knowledge and experience, a willing worker for community and the industry needs, a true friend to many and a no nonsense but caring person and a leader without equal.” Ralph Groves on the occasion of Ben being made a Life Member of the national Nursery Association.

The NGINA extends its sympathies and condolences to Ben’s family, and many friends and industry connections.