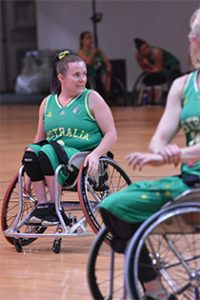 Hannah Dodd of Arcadia has been selected for her second Paralympics. She heads off to Cairns in a few weeks for the staging camp and then to Tokyo.

Obviously, the Games will be very unusual with Covid restrictions and requirements, both here and in Japan. She is competing in these games in the women’s wheelchair basketball team. Hannah has sacral agenesis, which is similar to spina bifida and other medical conditions.

But her story starts as a horse rider as a passenger behind her brothers when she was very young and later as a very competitive Pony Club and open rider in her own right.

Hannah was selected for the London Paralympics Games as the Grade 4 para-equestrian rider for Australia in 2012. At the opening ceremony, her parents Brian and Phyllis met Jerry Hewson who was at the Games for the wheelchair 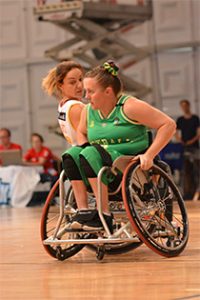 basketball and suggested that Hannah should give it a go.

Both teams and their respective coaches have greatly assisted and supported Hannah in her endeavours to understand the game and improve her playing. Last season, the women’s team, Sydney Flames, were National Champions and the men’s Wollongong RollerHawks won back to back National Champions.

Hannah went with the Australian team to Hamburg for the World titles in 2019. To maintain fitness, Hannah trains typically six days a week. Hannah has completed two degrees in between all the training and playing and is an orthotist/prosthetist. Paralympics 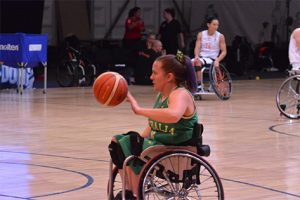 Hannah encourages any disabled person to look at wheelchair basketball as it caters for all disabilities at all levels, from just social and fun to giving every disabled person great social interaction up to international competition for those who love a really serious challenge. Paralympics

Hannah encourages everyone to see a game to understand the skill and physicality involved, especially in the men’s and women’s leagues and at the National level.