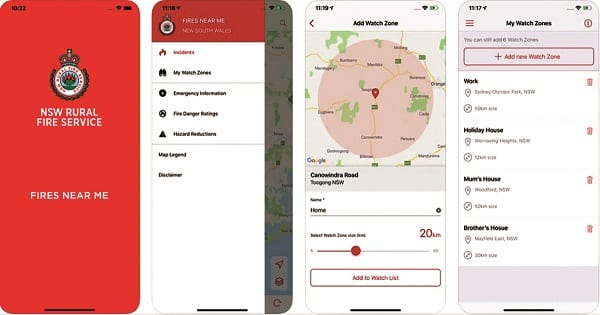 Well, we have been shocked into the fire season very early this year. With our first catastrophic fire conditions on Tuesday 12th November, we certainly became aware of what was going on around us. With people being evacuated from their retirement villages (including my parents in Narrabeen), and children not going to school, we were all on high alert.

To help me understand what was happening in NSW, I downloaded an App called “FiresNearMeNSW”. This App allowed me to see where the current fires were and what their status was.

I was also, able to set up a watch list adding Galston and a couple of areas where friends live. I was able to send a link for the App to friends overseas who were then able to understand what was happening here in NSW.

There are over 2 million Apps available. These are just a few that I have found throughout the years of helping people with their Apple devices and computers.

If you are struggling to understand your Apple device, please give me a call and we can discuss One on One sessions. Debbie on Mob: 0418296217 or email: [email protected]