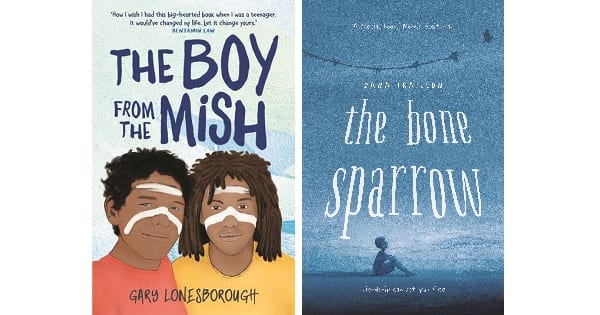 On Tuesday, 4th of May, five Galston High School student librarians had the opportunity to attend the Sydney Writers Festival Secondary Day to interview authors backstage for the NSW Premier’s Reading Challenge (PRC):

Two of our student librarians’ interview reports below. 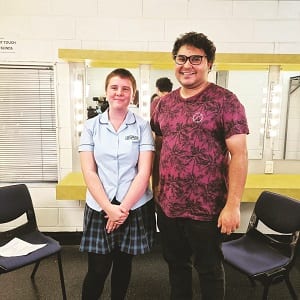 Angie Horan, Year 9
“I got to interview Gary Lonesborough about his first book, The Boy from the Mish, a coming-of-age story about Jackson, an Aboriginal boy who starts questioning his identity when he meets a mysterious boy with a troubled past.

“This book had such fantastic relationships between characters. They were so realistic that they leapt off the page. I was so emotionally connected to them that I was crying at one point! I also loved the representation of a queer, Indigenous Australian character because it’s not a voice I’ve seen or heard in any book, movie or TV show before, and how the book dealt with some pretty important topics like the police system and racism towards Aboriginal people.

“Interviewing Gary was such a nervewracking experience, but it was so rewarding. Talking to him about his writing process helped me understand how he was able to create so much depth behind his story, and it has motivated me to write my own stories!” 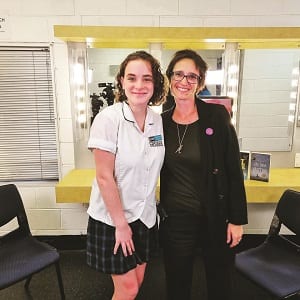 Emily Woods, Year 12
“I interviewed Zana Fraillon about my favourite book, The Bone Sparrow, which is about a young boy who was born and has lived his whole life in a detention centre. I loved her use of language and how she tried very hard not to appropriate different cultures while still shining a light on some challenging and complex issues. Zana Fraillon does a fantastic job of showing a child’s imagination, which is a really important tool for him to cope in a detention centre. She’s also able to show his lack of social interaction and language barriers through his dialogue – yet we can still understand what he means.

“Meeting Zana Fraillon was incredible. I adored her, and it was fantastic to meet the person behind the words, understand her mindset and why she wrote the way and what she did. I feel so honoured that I was given this opportunity and a little star-struck by the whole thing!”

Keep an eye out for a brief synopsis of these books and more in the coming weeks on our Instagram page – @galstonhslibrary.