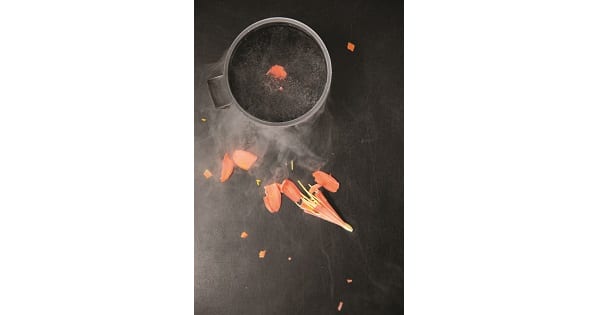 Science Week is always a highlight on the Pacific Hills Christian School calendar and this year the budding scientists from Years 7-10 learned about sustainable oceans, reducing the carbon footprint of vehicles and space travel.

The theme in 2020 is “Deep Blue: Innovations For The Future Of Our Oceans” and the series of hands-on sessions explained how the oceans impact our planet and how we can generate healthy oceans. They also looked at the latest ocean technology and how these innovations will benefit the planet.

Other students were faced with a range of STEM (Science-Technology-Engineering-Mathematics) projects which involved developing solutions from a limited number of resources.

As always, the experiments were a lot of fun. They included balloon rockets, chemical reactions (from dropping mints into soft drink!) and making ice cream with liquid nitrogen. The liquid nitrogen was also used during a lesson on plants to freeze a flower, which was then shattered into small pieces.

“We are seeking to inspire the future scientist in each student – who knows what future invention is just waiting to be discovered by one of these young minds”, said Science Teacher, Juliana Harmeling.