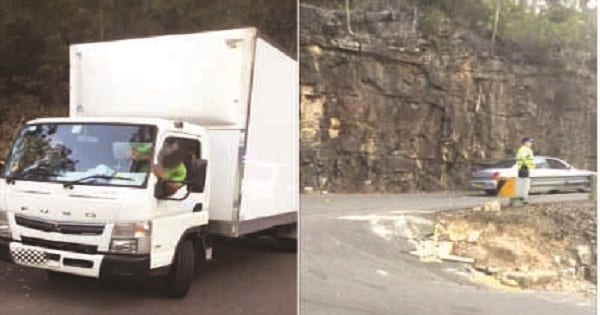 A vehicle was stopped on Old Northern Rd, Glenorie for an RBT in early October. Further information led police to search the vehicle where drugs were located secreted within a tin. A 39yo male from The Ponds was issued a Field Court Attendance Notice and will appear at court later in the month.

Another couple of Trucks got stuck in Galston Gorge this month and the last one was given a $2,306 fine and 3 months rego suspension. This truck caused significant damage to a guard rail and retaining blocks.

An empty property in Harrison Lane, Glenorie, was broken into with vandals causing about $1000 in damage. Sometime between 11am on Wednesday, September 4, and 2pm Wednesday on September 18, someone gained entry to the property and ransacked the premises, stealing six tap faucets and stripping copper pipes from the bedroom, kitchen and laundry. The victim had only recently purchased the property and was planning to demolish it and build a new home in its place.

Police were called to Cattai Ridge Rd in the early hours of the morning (late September) after calls from witnesses who saw a white Nissan rip an electrical substation from the ground. A Hills Police spokesman said the incident caused a large explosion, which woke several neighbours. “Police were making their way to the scene when the white ute passed officers in the other direction, still dragging the sparking electrical substation down the street.” “Police engaged in a pursuit, which went through several back roads in Glenorie ending in a dirt road.” The spokesman said the officer lost the ute during the chase but the Nissan and substation were found alight in an Arcadia nursery.

For tip on how to keep safe go to WatchOut.org.au