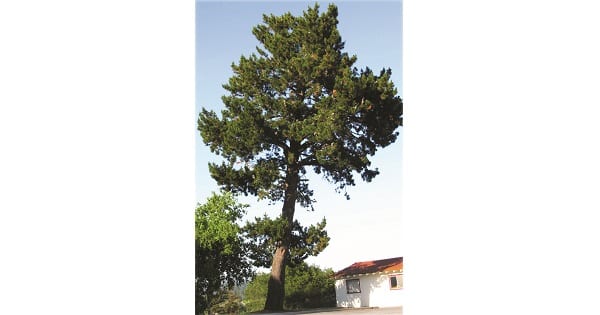 Pinus Ave has been my home for 28 years. The date is always easy for me to remember, the 7th of January 1992 as it was exactly one month prior to my fifth child’s birth. As you can imagine, it was a major relocation for the family. For several years, we had looked for a suitable house to raise our large family. Once we found our home, I knew instantly that it was the home I had literally dreamt about. The house offered the perfect accommodation for us, and the location was perfect as, when driving past, I had always admired the views and scenery down Pinus Ave. I often remarked that the people living down that street were so lucky. Who knew that I too would shortly be one of the ‘lucky ones’?

Pinus Ave has a reputation and locals often laughingly refer to it by another name. Six weeks after my baby was born, journalists from a Parramatta paper walked down my drive. They inquired if I was aware that there had been an application lodged with the council to change the name of the street. The reason for the request was that some residents objected to the embarrassment of living on ‘P*nis Ave’. My response was one of total amusement, saying that I lived at number sex. I felt it was helpful to have such a memorable address. I went on to explain that interestingly I had 5 children with names which accidentally fitted with the theme.; Morgan the organ, in like Flin, randy Miranda and so on. The editor of the paper loved the story so much we became the front full-colour page feature. As a knock on from this article, A Current Affair filmed us along with The Sydney Morning Herald including a piece in a Saturday edition.

Pinus Ave was named after the proliferation of Pinus Radiata trees which once dominated the streetscape. According to Wikipedia Pinus Radiata is a species of pine native to the Central Coast of California and Mexico and is the leading introduced tree in Australia. Sadly, only a few trees still remain in our street. Although our street was recently given a much needed resurface, nothing much has changed over the period I have been here. Even the residents have bunkered in, with only a handful of houses selling over the 28 years. There have been a few new builds, but they are hidden from the street view.

A giant gum tree at the top of our street was a local landmark; however, it was posing a hazard. Its recent removal caused a major traffic hold up while massive cranes were engaged to cut it down.

The street is so hidden and narrow that first time and infrequent visitors often miss the street. Although Pinus Ave is a no through road, large trucks are frequently directed by their GPS down our street as there is a ghost road connecting it to Cattai Ridge Road. This is extremely problematic as the drivers have to reverse their vehicles up almost 3/4 of a kilometre hilly incline and then get back onto Old Northern Road. The exit from Pinus Ave is difficult enough for cars trying to exit so these drivers will not make that mistake again. Because of the skill needed, learner drivers, ready to take their test, will often practice hill starts at the entrance to the street.

Now that you are aware of the challenges exiting our street, it would be appreciated if those travelling past Pinus Ave show consideration and stay alert to cars exiting the street.

Because of its gradient, scenic view of the mountains and low traffic, our street is a popular walking route for locals.