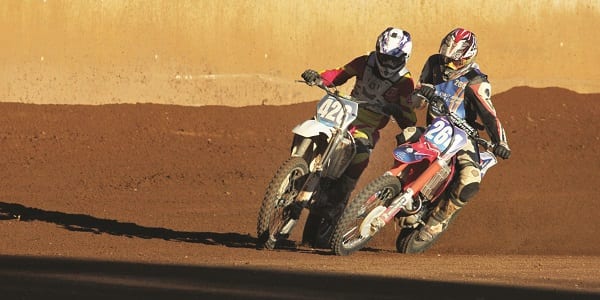 Middle Dural resident motorcycle racer, David Smith (sponsored by Jim Sherritt Racing and Think Trade Services) and his brother Peter Smith both which are members of the Central Coast Junior Motorcycle Club Inc., located at Somersby, headed down to Canberra for David to compete at the annual Stay Upright Kings & Queens which David Smith was the standout performer of the meeting. Peter which was David’s mechanic and pit crew for the weekend both work together effortlessly to take the outright honours of winning the main feature Kings & Queens along with the Pro Open, Pro 450cc and the Pro 250cc and second in the dash for cash. The best racing of the weekend came in the five rounds of the Pro 250 class which produced plenty of passing moves in each round with race wins shared between the eventual overall placegetters with another victory for David Smith.