Details: A 41 year old male was riding a push bike on Ryde road in lane 1. When near Kendall Street a car described as a blue hatch has clipped the rider causing him to fall. The rider suffered bruising and grazes to his hip, legs and arms. The car did not stop.

Incident: Break, enter & steal
Time/Date: Between 11pm Thursday 18th and 3.30pm Friday 19th
Place: Victory Street, Asquith.
Details: 2 houses in Victory Street, Asquith were broken into, the offender at one house appears to have been disturbed as a flyscreen was ripped off but no entry was gained into the house. A second house had been entered with a small amount of jewellery being taken. Also in Asquith a house in Baldwyn Avenue was broken into also by removing a
flyscreen, nothing appears to have been taken.

Incident: Break, enter & steal
Time/Date: Between Thursday and Sunday
Place: Lyon Avenue, South Turramurra.
Details: A house in Lyon Avenue was broken into; several rooms were trashed with graffiti painted over several walls inside the house. 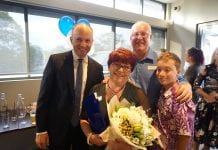 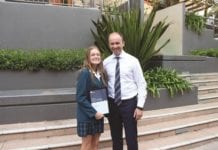