Details: About 12.45am the owner of a Mercedes was standing beside his car in the McDonalds car park. At that time a Toyota Rav 4 has reversed out of a parking spot and crashed into the Mercedes. The Rav 4 driver, a 38 year old male has got out and looked at the cars, then got back in and drove off. Police were called and attended. While police were there the Mercedes owner has sighted the Rav 4 on the Cumberland highway and told police, who gave chase. The Rav 4 was eventually stopped near Beecroft road and the driver spoken to. Police allege the Rav 4 driver begain swearing and refused a roadside breath test. He was then arrested and taken to Hornsby police station. The male has then refused a breath analysis, and he was charged. His licence was suspended by police.

Court: The driver is to appear at the Hornsby local Court on the 24 February charged with Failing or refusing a breath analysis and failing to exchange particulars as a result of the crash.

Details: Police were patrolling the mall area and have seen a male drinking alcohol in the alcohol free zone. Police approached and spoke to the male who was holding something in his right hand and acting suspiciously. A search revealed a plastic bag containing a white substance police will allege is the drug known as ICE. A further search resulted in another bag of white powder (allegedly ICE) being located in a bum bag. The male allegedly made certain admissions to the possession of the drugs. He was then charged.

Details: A silvered Hyundai I30 was parked at the aquatic centre, about 6.30pm the owner returned and found the car missing. It appears the driver’s window had been smashed.

Details: A home was broken into and ransacked; a watch was taken during the incident. The alarm to the house showed it was activated at 10.20pm.

Details: A unit was broken into in Killara with several rooms ransacked. Gold jewellery was taken during the incident.

Details: A home was broken into in Waipori Place, St Ives Chase. About $700 cash was taken during the incident. 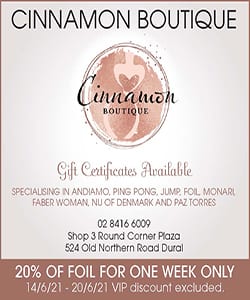 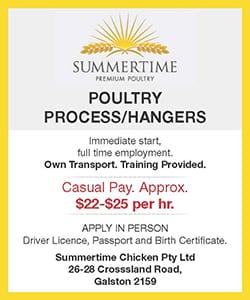