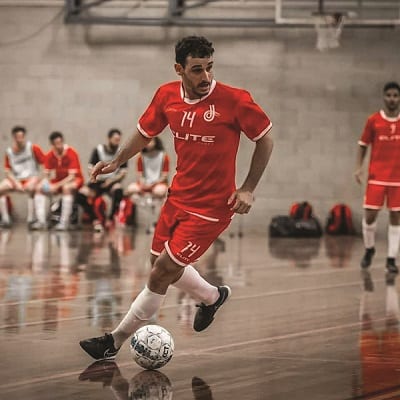 The Dural Warriors Season Launch of the NSW Futsal Premier League season 2017 / 2018 officially kicked off earlier this month at The Fiddler in Rouse Hill, joined by numerous players, coaches and family members, embracing the club motto for the season, “Once a Warrior, Always a Warrior.”

The Dural Warriors Season Launch was a momentous night, showcasing the Dural Warriors, professional “club culture” and acknowledging and the club players representative selections, season jersey presentations, coach introductions and interviews and the opportunity for all players, families and coaches to get together, celebrate and mark the beginning of the NSW Futsal Premier League season.

Dural Warriors is the representative futsal club of The Hills, with its home being ‘The Centre’ at Dural. Dural Warriors has played in the elite NSW Futsal Premier League competition since the club’s inception in 1994 with Brian Codrington and Rob Varela – taking out many titles in NSW competitions over the years. Dural Warriors has a proud history, with numerous past and present representative players residing in the Hills district and having produced a long and growing list of Australian Futsal international players including the current national team captain and vice-captain, as well as several players in the Solomon Islands national team.

The Australian coach of the national futsal team, the Futsalroos, Rob Varela, is head coach at Dural Warriors and Greg Giovenali, Captain of the Australian team is a long standing successful player and coach of Dural Warriors. Both Rob and Greg went to the World Cup last year and they both live in The Hills district.

Dural Warriors has an Academy for the young up and coming (8-10years), run under the stewardship of Brian Codrington and Rob Varela. And with representative teams starting from U11 through to women and men, with the men’s team taking out five consecutive NSW championships.

Past Dural Warriors and Australian player, Daine Merrin was surprised on the launch night. Retiring his number 11 jersey forever after an illustrious career covering state, national and culminating in international representation for his country, Australia. The framed number 11 jersey was presented by Dural Warriors head coach and Daine’s Australian coach, Rob Varela together with Australian captain and mate, Greg Giovenali, surrounded by a room of proud family and many present and past team mates and club members.

It was with blood, sweat and tears that Daine represented Dural Warriors for numerous, winning five team premierships and representing Australia at the World Cup. All players will proudly wear their new season Dural Warriors jerseys when the competition officially kicks off in October.

Thanks to event sponsor, The Fiddler for hosting the night, together with MSFC, First Phase Football and Elite Sports for supporting the evening.

Want to become a Warrior – for more information visit www.thecentredural.org.au.