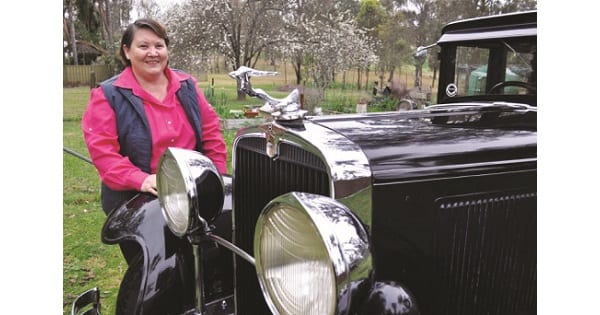 How comforting it was to hold a meeting of Society members in the Uniting Church on the 8th of May.

To remove some of the angst of the last twelve months, we pretended to have just returned from a wonderful visit to the Historical Aircraft Museum in Albion Park. That was on the 17th of March, but the year was 2020. We considered for a moment how fortunate we are to live in such a protected country, and our thoughts went out to other people of the world who are suffering so much.

Then it was down to hear our most knowledgeable guest speaker, Christine Erratt, whose subject was Australian silver. Her interesting talk included comparing the designs of early and current silversmiths with examples from her collection. Members, who had brought in their pieces, had the chance to discuss them with Christine.

Our next meeting will also be held in the Uniting Church on Saturday the 12th of June at 2.00 pm.

Our guest speaker will be Jenny Fawbert, and her topic will be Thomas Dixon Scott. Jenny is a collector and restorer of vintage and historic cars.

Jenny learnt to drive a 1928 Chev on her parent’s property at West Pennant Hills in the 1960s, and for over 60 years, has collected, restored and driven competitively vintage and historic cars.

An active vintage car club member, she has held various leadership roles in the historic car movement. Jenny has organised numerous competitive and touring rallies, driving either her 1930 Nash or her late husband’s 1928 Oldsmobile, throughout NSW, Victoria and Tasmania, and the 1978 and 1988 Australian International Rallies.

She is a dedicated researcher and collector of automotive literature and is a regular writer on that subject.

Jenny’s topic will be Thomas Dixon Scott.
T.D.Scott lived in “Clytumus” in School Road in 1910. Longtime residents may remember his widow living in School Road. Scott was a leading cyclist during the boom days of Australian cycling when a crowd of 10,000 was not unusual at an event. T.D.Scott became a pioneer motorist, an organiser of local theatrical productions and was involved in producing the NRMA road maps. A thoroughly interesting person and a Galston resident as well. 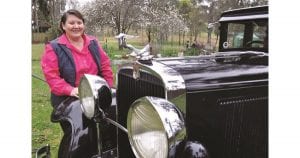