The Victoria Racing Club (VRC) is providing communities across Australia and New Zealand with a chance to host the $175,000 18-carat gold Emirates Melbourne Cup trophy and racing identities in their towns and cities.

Tenders have opened for the 14th annual Emirates Melbourne Cup Tour, which will see the coveted trophy travel across Australia and New Zealand, bringing communities together in celebration of the ‘People’s Cup’.

“Through this year’s Emirates Melbourne Cup Tour we will enable many more communities the opportunity to be part of the Cup’s rich cultural narrative in a very special way. The Cup truly uplifts communities wherever it goes.”

While tenders are sought for a broad range of destinations and activities, the VRC is placing additional emphasis on visiting existing race meetings around Australia this year.

“Local racedays are often such important events for communities. To celebrate our sport’s contribution across the nation, this year the VRC will look to support local races that coincide with the Tour, as one aspect of the visits to those communities,” Mr Love said.

Since 2003, the Emirates Melbourne Cup Tour has travelled more than 456,000 kilometres to 333 towns and cities, providing communities with a once-in-a-life opportunity to experience firsthand the magic of one of the world’s greatest sporting events.

Having hosted the Emirates Melbourne Cup as part of the 2015 Tour, Broken Hill Mayor Wincen Cuy said that to witness the excitement and joy on people’s faces was worth more than the trophy’s weight in gold.

“It was fantastic to have the Cup visit Broken Hill in the year we were named Australia’s First Heritage City. It really is the People’s Cup. It was a very special event for our community and the city and the turn-out was fantastic,” Councillor Cuy said.

Applications for the 2016 Emirates Melbourne Cup Tour are open to community groups, councils and racing bodies in rural and regional areas and capital cities, with the successful destinations announced in June 2016.

Once appointed, each host destination will receive support from the VRC to plan and host a range of memorable community and fundraising events during the Cup’s visit, including street parades, civic receptions, charity dinners, community events and cocktail parties.

While on Tour, the Cup will be joined by a stable of racing legends, including notable Melbourne Cup winning owners, jockeys, trainers, fashion identities and officials, who will share personal stories of triumph and victory from their illustrious careers.

The Tour will officially commence its journey in July 2016, before returning to Melbourne for the running of the 156th Emirates Melbourne Cup on the first Tuesday in November.

Tenders are to be submitted at melbournecuptour.com.au by 5pm (AEST) Monday 11 April 2016. 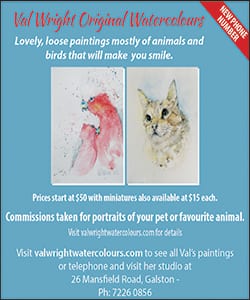