Last month I talked about hope being an essential ingredient of a meaningful life, and over the next few months I want to look at three vital questions relating to the nature of hope.

The first important question is this: Is our hope realistic? This month the biggest sporting event of the year will begin in Russia. The 2018 World Cup soccer tournament will feature 32 international soccer teams representing all the continents of the world. Each country including Australia will enter this competition with high hopes of glory and success. For some countries, there will be the expectation to win the World Cup trophy; for others, there will be the hope that they produce respectable performances.

In 1978 Scotland qualified for the World Cup in Argentina. At the time the Scots had a skilful and talented team, and they were expected to do well. However, expectations were whipped up to such an extent that many supporters believed that they could actually win the trophy.

What happened? The record books show that Scotland were knocked out in the first round and finished bottom of their group. If that wasn’t bad enough, the team went home in disgrace because one of the players failed a drugs test. The Scottish hopes of national glory turned into a bitter disappointment.

Why did things go so badly wrong? There were many factors at work, but with hindsight we can see that Scotland’s hopes were unrealistic. They were a good team, but not as gifted as they thought.

When it comes to hope, we need to ask whether our hopes are realistic. We need to dream, but our hopes need to be grounded in reality if they are to be fulfilled. If not, we are going to experience many disappointments. In life, limitless expectations will usually lead to endless frustrations.

The Christian hope is realistic because it depends upon the person, power and promises of Jesus. 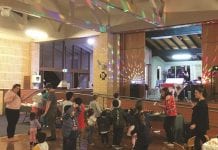