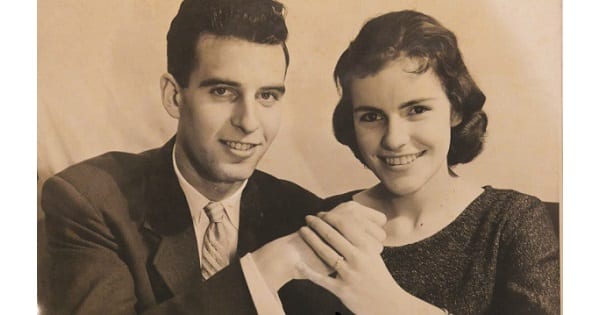 Jim and Riva Dale celebrate 60 years of marriage in October!

They met in England when they were both 18. Riva was from Malawi and went to boarding school in Zimbabwe. Her family home was on the shores of glorious Lake Malawi, which she shared with three sisters and numerous animals. Riva’s passion for wild flora and fauna was forged in Africa and remains one of her major interests today. 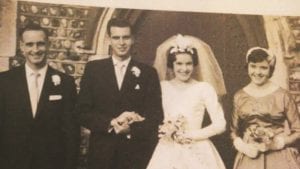 Jim was raised in Hove, Sussex in a large happy family. He followed interests like amateur dramatics, blowing a bugle in a marching band, building valve radios etc. His interest in wildlife was limited to a goldfish in a bowl!

Their lifetime relationship began by featuring together in local musicals which is somewhat surprising as neither could sing!

At the age of 20 Jim and Riva married. Jim was then a trainee at Southern TV. In Southampton. Two years later they moved to the lovely Channel Island of Jersey where Jim produced and directed TV programmes.

In 1966, with two small sons, they moved to Australia and have always lived in the hills district. In the years that followed Jim made films (His first one was on the building of the Sydney Opera house) and Riva became an accountant and tax agent. 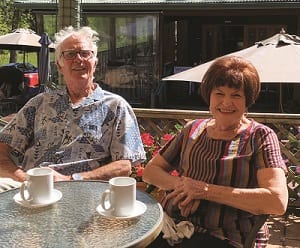 About 40 years ago Riva got the geranium bug! In those days there were lots of plant shows and societies and she started collecting and selling excess plants. She was asked by Swanes Nursery to grow geraniums for them and so the geranium business grew. Jim and son, Gary, built growing sheds and Gary became involved in the business, expanded it and later took it over. He’s now known as “Geranium Man”!

In 1999 the Dales bought their present property at Old Northern Road in Middle Dural – a fantastic site with a rundown heritage-listed house and barn and rough land with not a blade of grass. The house and barn were restored, and later the nursery and café were built.

Jim and Riva can be found in the café or nursery most days and Gary supplies all the plants. Jim’s the best coffee maker and Riva’s the best gardener! Over the years they have travelled to many countries and done a lot of interesting things but always feel on returning home that they live in the best place in the best country. Even in the midst of a pandemic and, after 60 years of marriage, the adventure continues!