The Value of A Historical Society(37 Years Serving Our Community) 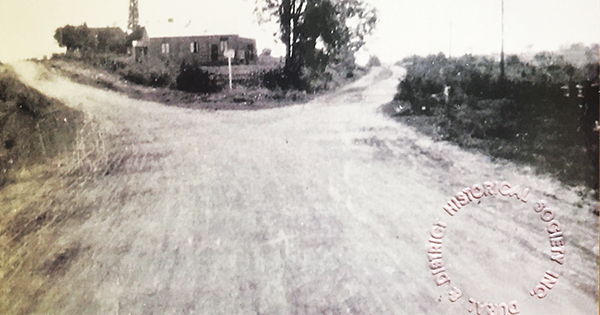 The historical society in the area to the north of Castle Hill is rich in thousands of years of Aboriginal history and is among the oldest for the European story.

This area was given the name of Dural by surveyor Meehan in 1817. As the various settlements developed through timber cutting, agriculture and the provision of an education facility, they became entities in their own right and were given their new names. Dural and Middle Dural remain.

The centenary of these changes, in the latter half of the 20th Century, and the approaching bicentenary, brought into focus the need to celebrate and record the histories of those eight localities. Generally through the local primary schools and the high school and a Galston bicentenary committee.

Mrs June Roughley, a retired school principal and resident of Kenthurst, was also an outstanding researcher and enthusiastic preserver of family and local history.

Mrs Roughley saw the need for a historical society to record and preserve what was being uncovered during these celebrations and the Dural and District Historical was founded in September 1984.

The new high school in Galston had the enthusiastic history master, Mr Tom Richmond and a restoration committee for Waddell cottage, working towards the same goal.

The new Society set to with the supporting research, the purchase of equipment, microfiche records with readers, establishing a library and a place to house it all.

The research established the names of the convict workers on Great North Road. Transcriptions of burials for all the cemeteries were compiled.

Family histories were researched. Members took part in various celebrations and assisted in the preparation of centenary books for the schools. Changing requirements had the Society incorporated on the 23rd July 1993.

The Council-owned tea room adjoining the Galston Park became History Cottage on the 29th of August 1998. The research into the names on the nearby Cenotaph grew into a much larger project; to tell the story of every person from the Society’s area who served in World War1 I. The Cenotaph was protected and recorded.

Over the years the monthly meetings have heard many interesting speakers on a wide variety of topics. Generally, there have been tours of one, two or three days to places and events of historical interest. A refresher tour of our own locality, every two or three years, reveals the wonderful history and interesting people associated with the district.

Today the DDHS Inc is, like so many such societies, experiencing difficulty in recruiting new and younger members. COVID 19 has also impacted planned activities but it battles on. Research enquiries are regularly received from new residents and families who have a connection with the district and assistance is given to nearby societies and Council.

Saturday 14th August at 2.00pm, Mark Tedeschi AM, QC, will give the June Roughley Memorial Lecture. “The Myall Creek Massacre 1838”.