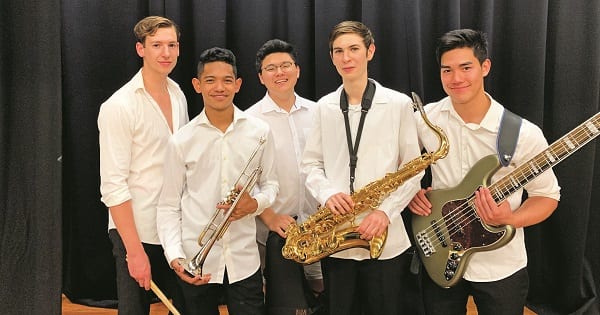 The Galston Concerts as part of Hornsby’s Festival of the Arts celebrated a rousing finale in November with a Young Performers Awards Gala which also launched Galston’s 2020 concerts.

While the Thompson family from the Central Coast contributed three young organist prize-winners, most performers were from Hornsby and the Hills districts.

Galston, Pennant Hills, Castle Hill and James Ruse high schools plus William Clarke College, Knox and The Kings School all contributed students to the Gala talent pool – some also being part of the Sydney Conservatorium Rising Stars or tertiary divisions.

A quintet from the state and national champion Castle Hill RSL Youth Wind Orchestra brought down the curtain with jazz contrasts to Classical styles.

Importantly the Gala itself was not a competition – all performers shared $3,000 in awards from the Galston Concerts.

The Gala also launched the 2020 Galston series, soon to be posted on trybooking.com (search Galston). Leading professionals, the focus of most concerts, will also present outstanding student proteges.

The 2020 series will maintain Galston’s ‘Classical & contrasts’ flair but add pre-concert organ preludes and cameos of music by Beethoven in his 250th birthday year.