On the splendidly restored historic 1880s church organ the famed Prelude and Fugue in a minor by the great Johann Sebastian Bach will be played by the prolific recording artist Pastor de Lasala prior to his annual travels to concerts in France.

In Galston he will be joined by trumpeter Bruce Hellmers and, new to the series, trombonist Greg van der Struik, both long-term Principal colleagues of the Opera Australia Orchestra at Sydney Opera House.

In addition to fanfare brass solos the trio will combine in music from France, Italy and Switzerland – winter (heart)warmers to be sure.

In late 2016 Bruce performed as concerto soloist and conductor in Rome, Venice, Vienna and Prague. He’ll lend an Australian touch to the Galston concert with musure.sic by Brendan Collins, composer-inresidence at Barker College.

Greg will perform one of the oldest works for trombone, the 17th century St Thomas Sonata from Baroque Bohemia, balanced by the world premiere of The Galston Galop which Greg has composed as a fun finale to the program.

Galston’s Uniting Church still rings from the sounds of their inaugural Mid-Year Mozart Young Performers Piano Competitions on 18 June. So it is appropriate that guitarist Ben Secrett, resident Young Artist of this year’s series, returns to provide contrast sounds on 30 July in songs from Italy and Spain with soprano Zara Stanton.

Bookings via trybooking.com (search Galston) are advised for this ‘Cook’s Tour’ of European music. Enquiries can be directed to Helen Jordan, Promotions Coordinator, on 0425 339 841 or 96532079. 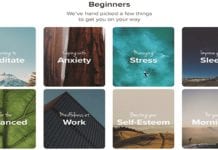 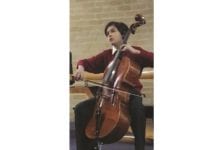 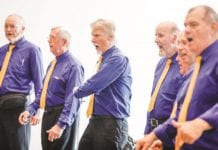