The good times keep rolling for Diana Sweeney, Sue Vindin and Elizabeth Whelan as they defeated, Robin Davidson, Eileen Bromley and Kath Sach in an exciting match. Consistency won the day as Robin’s team picked some big ends but the constant winning of smaller ends was able to run down their total. Again there were some excellent bowls played by both teams.

Not to be outdone, the men now have two players off to the STATE finals in October. Two of the young men in the club, Ben Nahirney and Richard Thorp won the zone play-off in the State President’s Reserve Pairs. Both are successful members of the club so it is good to see them competing successfully on the wider stage.

The social bowlers have been enjoying the recent good weather and peeping at the champions playing on the next rink. The mens and ladies coaches look forward to newcomers looking to play lawn bowls in the spring. Ring 0432 181 635 or 0411 375 580 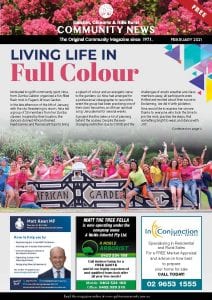