SubDivision at Dural for Low Density Housing and More….. A DA was received by Hills Shire Council in 2016 for the subdivision of a large portion of land between Round Corner Timber/Derriwong Road and up to the old Hargraves Nursery site.

After much deliberation, determinations, and reviews between NSW Planning and Hills Council, (most of which you can read on the Hills DA tracking application – 23/2016/PLP) the proponent amended their application to just propose sub-division on the ‘Northern site’. This includes 618 and 626 Old Northern Road and 21 and 27 Derriwong Road, Dural.

As part of the negotiations, the proponent agreed to provide a ‘segment of the regional bypass road’. This was a condition of its approval. Up to 101 dwellings can be built. subdivision

The regional bypass road will allow the increased traffic coming up from Annangrove Road and the new sub-divisions of Box Hill/ Nelson etc to bypass Round Corner. We understand traffic will be diverted down Pelitt Lane/Wirrabarra/Derriwong then exit onto Old Northern Road, just past Dural Public School near 618 Old Northern Road. 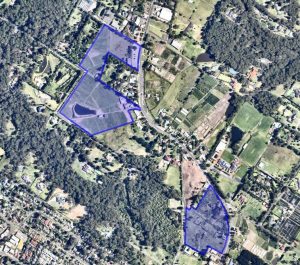 This updated DA will still need to go out for community consultation and then be approved or otherwise by the possibly ‘newly elected’ Hills Shire councillors. subdivision

It’s interesting that this development has come up at the same time as the consultation period for widening New Line Road. You should also read the GPA opinion piece written by Callum Hoogesteger on page 8.

Residents also need to be aware of the ‘Outcomes of the Dural Urban Capability Assessment‘ which was tabled at the Hills Council meeting on the 26th March 2019. The original 287 page report can be read here. sThe

The Assessment concluded that while there is land “capable” of accommodating urban development, there are infrastructure capacity issues (primarily traffic and transport infrastructure) in the locality that if unresolved, would prevent such development from occurring in an orderly and feasible manner.

So clearly our overloaded roads prevent further development. Does widening New Line Road, and providing a “regional bypass road” resolve this problem? And if so, how much additional traffic is then generated by the likely potential sub-divisions of land which are currently restrained by lack of infrastructure?

These are some of the questions which residents need to consider if they respond to the State Government’s New Line Road proposal which is open for comment and to Hills Council’s DA for the sub-division when it comes up for community consultation.

They are also considerations to be borne in mind when electing new Councillors in September.

Links to all the documents can be found on here

As has been ventilated many times by the community on social media, in the progress association forums and community consultation meetings, transport and infrastructure generally need a comprehensive and cohesive approach, a master plan. Not planning on the run DA by DA. Our area has suffered because it sits in electoral no man’s land at the interface of Hills and Hornsby shires as well as state electoral boundaries.

The progress associations have all urged the governments to work together on a comprehensive and cohesive plan. Does the councillor receiving your vote commit to working on a comprehensive infrastructure plan or will they be more of the same (DA by DA)? 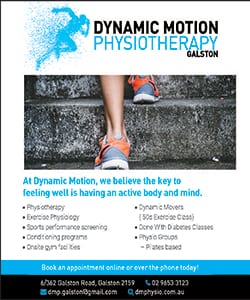