A new Council encompassing what is now Hawkesbury City Council and much of The Hills Shire Council will be a strong regional authority, more capable of delivering the infrastructure and services needed in rural areas especially over the long term, said Hills Shire Mayor Dr Michelle Byrne.

Although the NSW Government is yet to formally proclaim the expected new Council, Mayor Byrne said she was confident that it was only a matter of time before it was proclaimed and that residents would soon see the benefits of a larger organisation.

“I am really excited to have put my name forward to be part of this new Council should the Government proceed with it as expected,” Mayor Byrne said.

“I’ve been talking to residents living in what is currently the Hawkesbury City Council area and the overwhelming message I get from them in reference to the new Council is ‘bring it on.’”

“I urge the NSW Premier to sort this out sooner rather than later as some residents are alleging that Hawkesbury is delaying critical operational decisions and blaming the merger as the reason.”

“I know the current Hawkesbury City Councillors have decided to challenge the creation of the new Council through the court system, but I think they’ll find that this approach doesn’t pass the pub test with most Hawkesbury ratepayers, particularly when there’s seemingly no money for the much-needed infrastructure improvements.”

“It is incredibly disappointing that Hawkesbury City Council is not adequately preparing itself for the merger and the community is not getting the right facts. That uncertainty is eroding public confidence in local government.”

“I agree with Hawkesbury Mayor Kim Ford that lines on a map don’t automatically save a Council, but until this process ends, the rest of the reforms that will lead to a more viable local government industry are being delayed.”

“I honestly cannot understand why Hawkesbury Councillors are still protesting, when it is very clear that the NSW Government is intent on reforming local government, resulting in fewer councils. At a time when we should be preparing our organisations for change, Hawkesbury Council is out there spinning its wheels.”

“I call on my colleagues at Hawkesbury to look at the bigger picture. The fact is that a new Council will have a greater strategic capacity, will be better equipped to partner with Government on delivering major outcomes for North West Sydney and will deliver better roads and services for residents and businesses.”

“Mayor Ford’s survival blueprint seems to centre around a reduction in services, a massive rate hike or both. He consistently brings up a strategic alliance with Penrith and the Blue Mountains as the better option, but hasn’t been able to give specific details on the cost and the benefits of this alliance. Certainly there appears to be no accountability to the public for this endeavour and I would suggest that the resources used in this alliance could be better utilised.”

Mayor Byrne said that although forming a new Council with Hawkesbury was not always The Hills’ first objective, the enormous opportunities on offer were exciting.

“The more I look into the proposition of a new Council the more I like it. There are very clear synergies between the existing communities and I believe coming together as one will provide better services overall to the region.”

“We are being presented with an enormous opportunity to improve the quality of life for tens of thousands of rural residents in Sydney’s North West. Let’s take this challenge on with enthusiasm.” 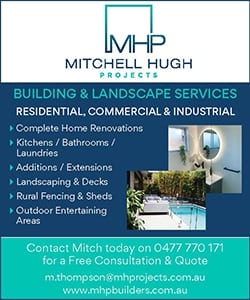