Julian Leeser had a special mission in entering politics. Having suffered the anguish of his father’s suicide some years ago, he is now determined to raise awareness of depression and suicide prevention and to persuade governments to do whatever possible to achieve this.

On July 17 he will address Rotarians and the general public on this issue. Rotary has also invited youth crisis group, Youth Insearch, who will also give a brief address. Youth Insearch has been operating since 1985 and is renowned for its effective treatment programs which have helped countless young victims of abuse and trauma, to turn away from suicide and turn their lives around.

Many Rotary clubs have joined Galston in making Youth Insearch one of their major ongoing projects; and we will be urging Mr Leeser to push for proper funding for that organization so that hundreds more vulnerable youths can be saved. In preventing youth suicide and social dysfunction, Youth Insearch can not only save lives but save the taxpayer hundreds of millions of dollars per year.

DISCOUNT ON SENIOR PETS FOR SENIORS IN HORNSBY 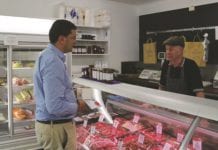 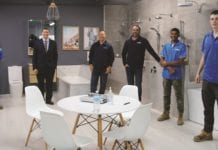