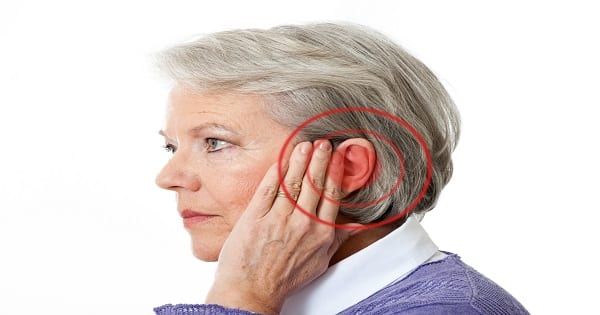 Tinnitus is a chronic condition of hearing sounds when there is no external noise present. Unlike hearing loss, there is no way to objectively test for tinnitus. Its existence is only known to the person experiencing the symptoms.

While one-third of the population will have tinnitus at some time in their life, every person describes differing levels of sound, duration and severity.

Anna developed tinnitus after menopause. She describes the sound like cicadas permanently in her head. While she notices the noise during the day, she says her symptoms are more distracting at night when she is trying to sleep.

David has had tinnitus since his mid 30’s. He was exposed to loud noise as a young adult when he went shooting on his uncle’s farm. David says his symptoms sound like a roar in his ears. But it comes and goes and differs day to day.

If you have tinnitus, it is important to get your hearing checked. 80% of people with tinnitus have a hearing loss. We know that tinnitus is a function of your brain “creating” noise to fill a perceived gap in sound processing. This is often associated with gaps in hearing ability.

A study by the University of Illinois in 2017, found that tinnitus changes the networks in the brain and causes the brain to pay attention more often. This can mean it is less able to rest, making you feel tired.

Recent studies suggest that wearing hearing aids can help to retrain the brain and reduce the impact of the tinnitus. The process takes time, around 8 weeks and gets results for the majority of our clients. This is an exciting development that gives hope to many tinnitus sufferers.