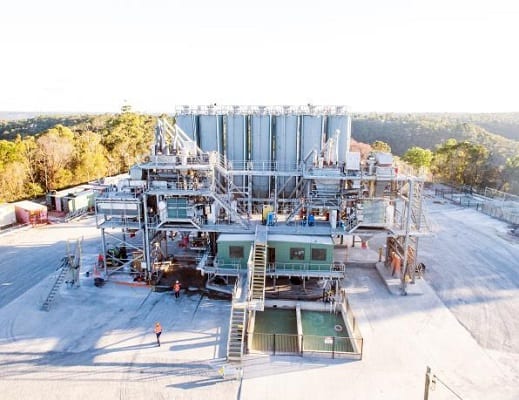 Boral Concrete Schwebel Lane Upgrade: The scale of the upgrade has surfaced as a contentious issue for many of the GPA members and Glenorie Village residents. Traffic during school hours and the proposed long operating hours (seven days a week from 6am to 10pm weekdays AND able to operate on a Sunday) continue to be a worry! Dust emissions are a major health issue also and all these combine to create concern regarding the possible effect of children at the local schools.

Another problem now is Boral machinery operating out of current consent hours. Concerns are still about the height of the proposed 21m silos and Boral needs to provide an artist’s impressions of likely sight effects from the north, east and west.

This letter and presentation is on our website at http:// glenorieprogress. org.au/ along with a disclaimer stating that the GPA does NOT support the upgrade. The Association is acting as a conduit to distribute the information to the residents of Glenorie so you are armed with information to make a decision whether to accept or oppose the expansion of the current conditions.

Note that the DA is to be lodged soon with The Hills Shire Council. So we again urge all members to submit their concerns and spread the word to ALL who may be affected by the upgrade. You will have an opportunity to have input into the DA during the submission period, so don’t waste the opportunity!

Changing roles in the GPA: Welcome to new Vice President Hugh Bloch, new Committee members, Jenny Carrey and Pat Schwartz and a new leader for the Planning Subcommittee, Mark Grubski. Let Mark know your ideas on a ‘vision’ for Glenorie on [email protected] or address to P O Box 240 Glenorie 2157.

This Planning Subcommittee has had some very productive conversations with Hornsby Councillors Michael Hutchence and Warren Wardell and is embarking on developing a design-led urban improvement plan for Glenorie and district.

Road safety signs – We have had a response on the many letters sent for speed signs on Glenorie ‘rural’ roads from Hornsby Council but none from the RMS or The Hills. This matter will be pursued until we reach a solution.

The “Making Sense of Solar” Information Day was held on 22 April at the Glenorie Hall. Many of you brought your power bill along for the experts to help you. If there is enough interest another day will be organised.

The Environment Centre group is as vigilant as ever with Streamwatch tests highlighting previous issues with the Glenorie Creek salination which appears to have been reduced.

We are still working with Woolworth’s management on a dedicated ASSOCIATIONS noticeboard. Watch that space!

Glenorie bus bay gardens are to be completed soon and in April the tarmac was marked for repair.

Reports and minutes are available on the Glenorie Progress Association website: http://glenorieprogress.org.au/

Next meeting will be at 7:45pm on Tuesday 8 May at Glenorie RSL.