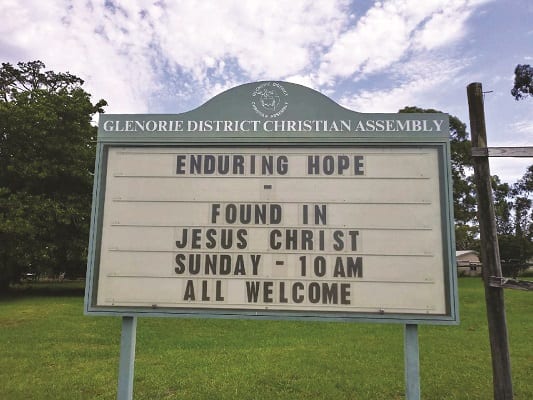 A healthy and happy New Year to each one reading this article! As I write, I can hardly believe that we’re half way through January already! It’s difficult to understand the speed in which the years seem to come and go, but I AM reminded, as I reflect on our recent Christmas season, that even the pace of life with its comings and goings, are in God’s Hand and part of His plans. Jesus lived His life as we do- because of God’s choosing and plan. He gave up His life to save mankind and in doing so has given eternal hope to each person who believes in Him and accepts Jesus as Saviour and Lord of their lives.

A gifted author, Max Lucado, expresses it this way- “People came to Jesus. My, how they came to Him. They touched Him as He walked down the street; they followed Him around the sea; they invited Him into their homes and placed their children at His feet. Why?

Remember, it’s man who creates the distance. It is Jesus who builds the bridge.”