Until about the mid 1950’s , residents of the Dural area had to go to Castle Hill if they wanted to see a Doctor. Then Peter and Lynette Degotardi (both doctors)bought a cottage opposite the shop at the intersection of Old Northern Road and Galston Road, and “put out their Shingle”, and established a medical consulting practice in their front rooms. About 1966 they built the present Dural Medical Centre, and were joined by other doctors.

Peter was a great story teller and in 1993 he published a book, “Deg’s Stories, Life was not meant to be serious .” Only 250 copies were published, so it is very hard to find now. But the Dooral Roundup of May 1993 wrote up one story called “ A Cow of a Job”. Here is an edited version;

“When General Practice first started at Dural, veterinary care was not easily available, and at times the local doctors were called upon to treat assorted animals. My own veterinary triumph was not in treating the animal but the veterinarian. Along Galston Road lived an advertising executive, Mr. R. He introduced a program of artificial insemination for his cows. In due course the cows started calving. He first few births were uneventful, and Mr R. was very proud of himself as a cattle breeder. However, eventually, one cow was unable to deliver and Mr R., faced with the possibility of losing a cow worth five hundred pounds, was forced to call in the nearest vet.

This man lived at Pennant Hills, eight miles away, and practiced mainly on small animals, but he knew what to do, put the cow in the crush, inserted an arm, and attempted to pull down a leg. The cow went into tonic contraction, which prevented him from withdrawing his arm. He knew that the contraction would eventually pass and waited patiently. After about 20 minutes his arm became very painful, and then he lost all sensation in it. Mrs R. came to investigate, and rushed back to the house to ring the doctor (me).

When I arrived confusion was at a peak. At first I thought I was being asked to amputate the vet’s arm, but he was unable to sign a consent form, even if I had one. The vet asked me if I had anything that would make the cow’s uterus relax. Since I was a part time anaesthetist, I always had with me various agents, one of which was the potent agent, Halophane, which I knew was very good at making the human uterus relax. We gave the cow a small bag of chaff over her head, and poured the Halophane copiously over it .

The effect was dramatic. Within a couple of minutes, the uterus relaxed , the arm was extracted, the cattle man pulled down the calf ’s legs and delivered the calf with the help of a Ferguson Tractor, the cow was released from the crush and started to lick some life into the calf, which rapidly responded . The vet didn’t recover so rapidly, so I rang one of my contacts who was a vascular surgeon at one of Sydney’s teaching Hospitals, who said “send him in”. When I rang an hour later I was told that his arm was normal.

About a week later, a gift wrapped bottle arrived from the vet. I expected at least the best single malt. When I removed the wrapping, it turned out to be a bottle of Halothane ! “

At the next meeting of the Dural Historical Society on Saturday,8th July, the guest speaker will be Don Napper who will talk about “Five Government Architects “ All welcome 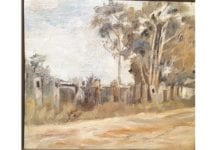 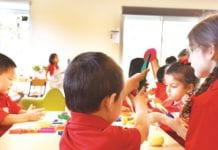 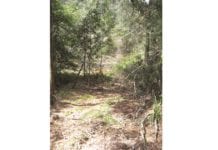