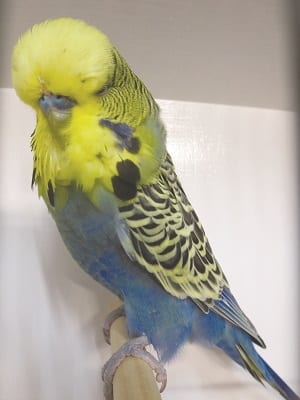 The Hills Branch Annual Show was held on the 3rd March at the Don Moore Community Centre at North Rocks, with access for the general public from late morning onwards with free entry. Grand Champion was awarded to Mr Tony Butt, of Junee, with the Champion Opposite Sex being awarded to Mr Barry Wise of Cessnock. Hills Branch members were well represented amongst the winners of the Variety Awards along with Intermediate and Novice Champions.

That time of the years is fast approaching when the country and city come together at the Royal Easter Show. Avain breeder/exhibitors will be providing displays of African Lovebird, Canaries, Finches, Parrots and Budgerigars. This years judge for the Budgerigars is Mrs Kathy Manton from Marsden Park . The exhibition will be held on the 15th and 16th of April 2019. Entries closed on the 27th of February. Again this year; no entry fee will apply for Junior Exhibitors.

Hills Branch members have been amongst the winners at recent shows namely;

The Show Season is well underway, which includes a number of country shows at which Hills Branch members take the opportunity to attend and socialise with country exhibitors. Judges who belong to Hills Branch undertake judging appointments at these country shows. On the 7th April 2019, Mrs Kathy Manton, will be judging the Tamworth Show. During the 2018 National Titles, Mr Tom Davis of Tamworth, won the Australian Golden Face Award, NB. Photograph attached.

Care to be part of a hobby that can be enjoyed by an individual, partnership or family, then contact should be made with Ray Galbraith, by telephoning 9653 – 1538 or email [email protected].