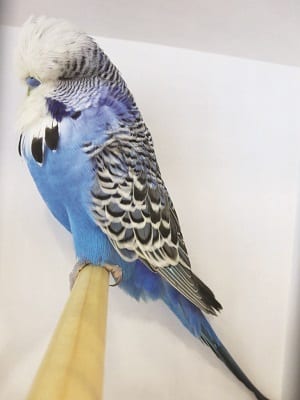 Hills Branch members were prominent amongst the winners of many of the Variety Awards at the recent Annual Show, held at North Rocks, namely; Peter Dodd, Daniel Childs, Craig Buckingham, Ian and Kathy Manton. The Branch has welcomed new members during the past few months, whilst visitors to the recent show indicated an interest in joining the Budgerigar Hobby.

During April, there are a limited number of shows being held, with the main interest being shown in the Annual Show of the Tamworth Budgerigar Club, who are associated with the Budgerigar Society of N. S. W. Inc. The show was held on the 8th April 2018. Senior Panel Judge and Hills Branch member Kathy Manton, along with Wally Capper from Kurri Kurri, were the appointed judges for the show. Hills Branch were represented at this show and were distinctive in the grey collared shirt, with the Hills Branch Pocket Logo. NB. These shirts are available through the Branch at a subsidised price to members.

Various members of Hills Branch are involved with the preparations for the forthcoming National Budgerigar Show, to be held at Penrith League Club, Events Marquee, between the 25th and the 30th May 2018. This National Show only comes to New South Wales every seven years, on a rotational basis with other states and zones around Australia. NB. Birds similar to the photo of this article will be competing and on display.

During the week prior to the National Show, all branches come together at the State Team Challenge to select the various birds to represent New South Wales at the National. This year’s show will be held on the 19th May 2018, at the Windsor Indoor Basketball Stadium, located at South Windsor. Hills Area residents will have the opportunity to view the best budgerigars in New South Wales at this show, then, the following week, to view the best budgerigars within Australia, at the National Show, on the weekend of 26th and 27th May.

Care to be part of a hobby that can be enjoyed by an individual, partnership or family, then contact should be made with Peter Dodd, by telephoning 9888 5631 or [email protected]