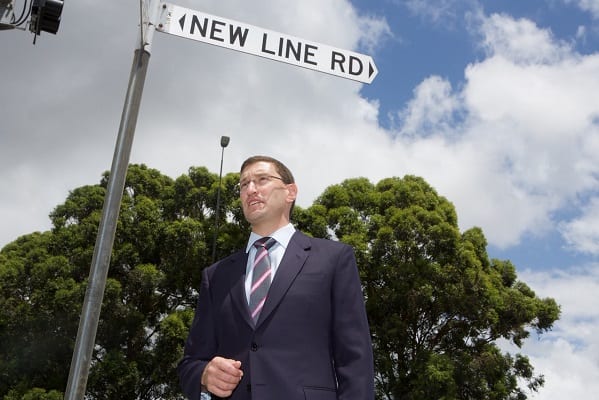 Congestion busting work is happening in the Berowra electorate with $10 million being invested from the Federal Budget to thoroughly plan improvements to New Line Road.

The Federal Liberal and Nationals Government’s has announced record $100 billion infrastructure investment over 10 years with an additional $7.3 billion delivered in the 2019–20 Budget.

“Bottle-necks on New Line Road cause major headaches for residents, commuters and families trying to get children to and from school each day. It is a road that is too narrow in some places and not safe for children to cross. All of this needs to be looked at, and improvements are urgently needed,” said Mr Leeser.

“New Line Road is a State government responsibility. However the Morrison Government is investing $10 million to get the road thoroughly planned and shovel-ready for the state government to invest in fixing it.”

“Throughout this term I have been fighting hard to see this road prioritised for improvement. I am so pleased that investment is beginning.”

The New Line Road investment builds on the $3.5 million that has been invested in roads in the Berowra electorate in the past year through the Roads to Recovery Scheme and on the $412 million the Federal Government is investing in NorthConnex.

Minister for Cities, Urban Infrastructure and Population Alan Tudge said the Morrison Government’s congestion busting projects will get people in New South Wales home sooner and safer with major initiatives to upgrade the suburban road network across Sydney and beyond.

“I want to see people in my electorate able to move around more easily and safely, so they can spend time with their families rather than being stuck in traffic,” said Mr Leeser.

For more information on investments in NSW, including through the 2019–20 Budget, visit http://investment.infrastructure.gov.au.