June 2020, Glenorie Pony Club celebrates its 50th birthday, a milestone Club members, past and present, are incredibly proud of.

The club was started by Barbara Cummins on private land. As the club began to grow Barbara asked Local Council member, Les Shore, if there might be a suitable site for the Pony club to relocate to within the electorate. Thirty acres of Crown land in Schwebel Lane, Glenorie was suggested and is now known as ‘Dilkera Reserve’.

Over the ensuing years, membership of the club has grown considerably. Still, the founding spirit of Glenorie Pony Club has been retained, fostering an atmosphere of fun and enjoyment, while encouraging the more ambitious riders to strive for success. In 2020, the club boasts a staggering eight second generation families as well as an abundance of new and long standing family members.

In December 2003, bush fires swept through the area, destroying the cross country course and trails, as well as the sheds and all the club equipment. Shortly after the fires, in true club spirit, the members rallied together and raised funds to rebuild the facilities that were lost in the fire, restoring them to the high standard they are today.

In 2016 the club, along with support from the Hills Shire Council, built a new clubhouse to replace the initial dwelling. The grand opening was celebrated by members past and present, including many former committee members and presidents.

The club’s success in becoming a huge part of the Glenorie community is due to all the dedication of the club’s wonderful families, especially our life members, Mrs Barbara Cummins, Mr Ian James, Mr Bill Catt and Mr Wayne and Mrs Lynda Pernice.

As we reflect on the history of the club, the committee would like to take this opportunity to thank the wider Glenorie community as well as the Hills Shire Council for your ongoing support. We would also like to extend our thanks to past and present members. The sense of community created from those frosty Sunday mornings and dusty, hot jamborees has forged lifelong friendships. It will continue to do so for many generations to come. 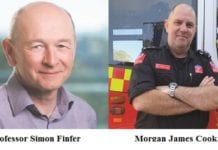 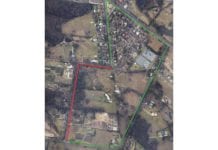