The club had reviewed Donna’s leadership of the Club over the past 20 years. and considered her a worthy recipient.

Here is an extract from the speech written by the Club: “Glenorie RSL has become the perfect vessel for Donna to share her selfless generosity, particularly through donations to community groups, sporting clubs, schools and individuals. She is always finding new ways to put her position to good use and has made a major positive impact on our community. Just in December last year she was able to pull together a total $10,000 ($5,000 community raised and $5,000 matched by the RSL) at the carols to be donated to the Glenorie RFS. Over her years she has put a lot of time and effort into bettering the RSL Club and in turn, the community. When she first came to the club it was a men’s only demographic, not the type of place you would regularly take your family. Her goal was to make it familyfriendly. By looking at how far the RSL Club has come, you could say she has succeeded. However, she is always thinking towards the future, looking for new ways to maximise the benefit of the venue for the whole community.

The RSL is her official job but unofficially she wears many other hats. She is a mother, a wife, a friend, technical support, a counsellor, a carer and a CEO, not to mention the 100’s of other jobs she would probably qualify for. We are very lucky to have her.

We would also add that the Club is now a successful outlet for local musicians and singers to hone their craft and provide them with much valued on-stage experience. Donna also celebrated 20 years of work at the Glenorie RSL on the same night, which was a nice co-incidence.

Donna was very surprised to receive the award, which was a well kept secret. Donna thought the award was for the club, not herself, so she was very humbled. Well done Donna, you do a great job and the award was well deserved. 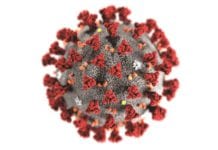 STAYING SAFE AND SUPPORTING EACH OTHER 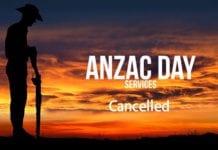 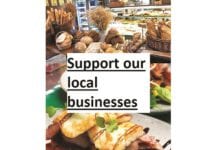