If you ask Rev Bill Rosier what the greatest achievement of his life has been and he will tell you that being married to his wife of 60 years, Marilyn.

On Sunday, Australia Day, the Galston resident was named as an Order of Australia recipient for service to the Uniting Church of Australia and to the community.

He became a minister nearly 60 years ago and during a fiveyear spell as a Minister in the Canberra Methodist Circuit he also attended Royal Military College Duntroon as a chaplain.

He served as chaplain and Principal Chaplain in the Royal Australian Navy for 22 years before taking on the role of chaplain at Royal North Shore Hospital.

He is a member of the Hills District RSL Sub-branch and president and has co-ordinated both the ANZAC Service and Remembrance Day services at Galston Cenotaph for many years.

The 87-year-old said he was quite shocked when he received the initial letter saying he had been nominated.

“I thank my wife. One year I was away for eight months at sea.”

The couple, who celebrated their 60thwedding anniversary last month have four children, 11, grandchildren, 10 great grandchildren and “three on the way”.

Australia Day was spent at Wesley Uniting Church, Castle Hill in the morning followed by lunch and dinner with family members with a visit to Bella Vista Farm in between where one of his grandchildren, Austin Rosier, was named Hills Young Citizen of the Year.

Rev Rosier said the “warmth’ of people’s reactions to the award had been very special. 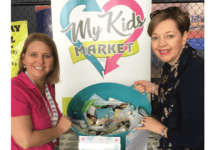 MY KIDS MARKET SUPPORTING LOCAL FAMILES AND A LOCAL CHARITY 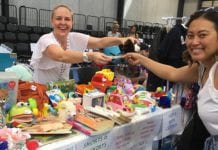 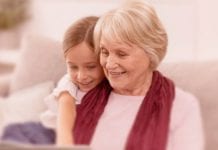 Where little things count for everything